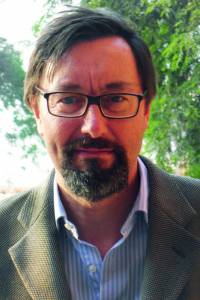 Among the few groups in Delhi who were left unmolested by Timur were the Sayyids, members of families of Arab origin who claimed direct descent from the Prophet. As a Shia, Timur believed in the hereditary (rather than elected) succession of the caliphate and therefore held Sayyids in high esteem. One man in Delhi who claimed such a status was Khizr Khan. Modern historians doubt his claim (it seems highly unlikely that he was even Arab, never mind a Sayyid), but he appears to have persuaded enough of the right people at the time. In 1414, after the death of the last Tughluq, he seized the throne and ruled nominally as a deputy of Timur’s descendants. Indeed he established a dynasty of four rulers, known as the Sayyids, which lasted for thirty-seven years until 1451. This dynasty is generally written off. One historian refers to them derisively as people who ‘called themselves sultans of Delhi’. Another asserts that they ‘did not make any worthwhile contribution to the political or cultural life of medieval India’. The architectural historian Percy Brown, writing in the 1940s, noted that the Sayyids lacked the resources to build forts, cities, palaces and mosques on the scale of their predecessors and that all that survives of their work is their tombs. He then unfairly suggests that this was really a matter of choice: ‘almost the only form of monument that appealed to the rulers and their subjects at this juncture, were those expressive of dissolution—they excelled in memorials to the dead’. Indeed they built so many tombs that Delhi ‘was converted into a vast necropolis’. For good measure he adds that the Arabic word maqbara—used in India to mean cemetery or tomb-garden—is the source of the English word ‘macabre’. He was wrong about that (‘macabre’ is derived from old French), but his comments have been seized on by later writers wanting to depict the Sayyid era as a time of gloom and despondency. In truth it was a time when the former empire was much diminished in size, its regional provinces having all broken away as independent states. Delhi was rather less important politically than the neighbouring sultanates of Jaunpur, Malwa and Gujarat, or the Rajput kingdom of Mewar. Putting a more positive gloss on this, one might say that the fifteenth century was a period when India’s numerous regional states flourished to an unprecedented degree, politically and culturally. The centre meanwhile witnessed a series of palace coups and the ever-dwindling authority of the sultan. The second ruler of the dynasty, Mubarak Shah, was assassinated in 1434. The fourth and last of them bestowed on himself the regnal title Shah Alam (meaning ‘king of the universe’). Whether or not he intended to invite ridicule, he certainly received it. The standing joke was that ‘from Delhi to Palam is the realm of Shah Alam’. Palam, later the site of the city’s domestic airport, was then a village, five miles to the north-west of the Qutb Minar. Even this was too much for Shah Alam to handle, plagued as he was by a duplicitous prime minister named Hamid Khan. In the end Shah Alam abdicated in favour of one of the nobles, Bahlul Lodi, who disposed of Hamid and—with the cooperation of other nobles whose confidence he won—slowly began to rebuild the empire.