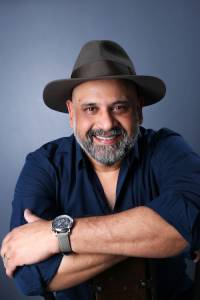 The kidnapping and the subsequent murder of Prakash Kumar, a Member of Parliament from Uttarakhand, was widely and loudly covered in the media. It was sensational news. Prakash belonged to an elite family. His father was a senior minister in the central government, holding the very high-ranking portfolios of Commerce and Industry. His mother was a leading women’s rights activist. Apart from being an MP, Prakash Kumar was an industrialist holding interests in several companies in India and abroad. His killing made for sensational news. In the past, there had been several accusations against Prakash. Cases were registered against him under the Prevention of Corruption Act, Representation of People Act, Prevention of Money Laundering Act, under FEMA or Foreign Exchange Management Act, and so on. Some were filed by the Central Bureau of Investigation, others by the Enforcement Directorate and yet others by the Income Tax Department. They were all pending in different courts under different stages of appeals. By and large, the prosecutors couldn’t manage to get any of the charges to stick. Which led to talks of poetic justice by certain sections of the media when reporting the politician’s murder.